After the first night in Höfn we finally gathered together in FAS. We made a guided tour around the school and Hjördis told us about studying at FAS.  The view from the school windows was amazing! The school offers possibility for distance learning e.g. for university students if they don’t want to move to Reykjavik and don’t have suitable facilities at home. That sounded very practical!

The students were divided into six groups and they started to process the data and experiences they had collected during the last two days. They are supposed to make a couple of posters and a power point presentation that will later be published on this website.

We were taken good care of at FAS, because in between the group work we were offered oatmeal porridge as a snack.  A very surprising, but healthy local habit. After working for a while and having a delicious lunch the Finnish and Norwegian students presented their municipalities and schools to the other students at FAS.

The group work continued until 15 p.m. when we were taken by private cars to visit Stokksness, the wiking village by the ocean. It used to be an old farm that was partly rebuild in order to be a movie set for a viking film. Due to financial problems the film was never finished.

We also visited the place where a base for the army was situated in earlier times. Nowadays there is only a radar station and the old buildings of the army are owned by private people and used for tourism purposes.  Many people come there to see birds and seals that nest there. On the way back to school we dropped by the vantage point called Almannaskarð where we could admire the magnificent landscape to the mountains and glaciers.

In the evening we had dinner all together at the school canteen. Traditional Icelandic food ie. mutton with potato salad and vegetables tasted wonderful after the long day. The students enjoyed themselves by playin the piano, singing, dancing and hanging around all together. The Icelandic had made a funny self-ironic presentation of themselves that made us all laugh. 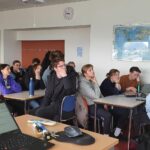 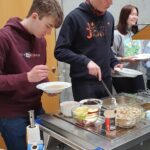 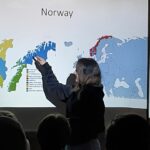 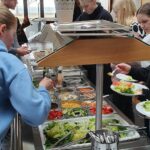 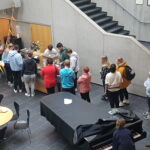 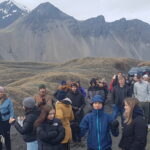 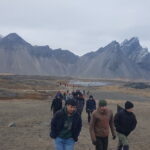 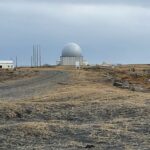 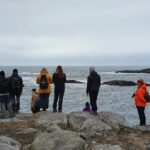 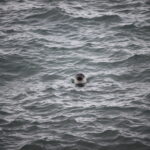 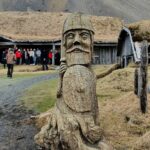 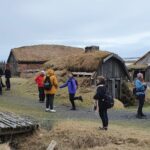 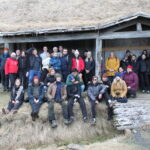 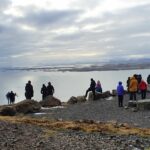 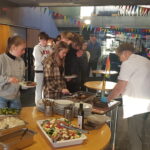 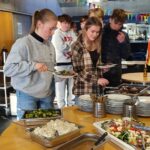 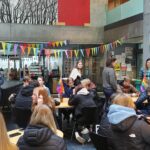 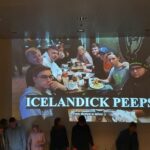 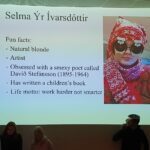