Climate change has changed dramatically in the three countries. The changes can be both negative and positive. 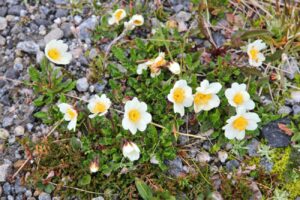 Climate change brings new southern species to Finland, changes habitats and makes life more difficult for species that have adapted to northern conditions e.g., arctic fox, mountain plants and other animals. The amount of snow, ice and frost is decreasing in many places. The forests in Finland, the Baltic Sea and the mountains of Lapland have already changed due to climate change. The climate in Finland becomes warmer and precipitation will increase. The amount of snow and ice cover will decrease during the following decades. The same happens in Vaala.

Since the natural resources – forests – used by the forest industry are dependent on favourable climate conditions, they will be affected by climate change in Finland. Growing seasons will be longer, rainfall will increase, vegetation zones and both animal and plant species will move to the north. Global warming affects the growth of the forests in many ways. Pines and firs are estimated to be taken over by birches.

In addition, the substance of wood may be influenced by the prolonged growing period and increased carbon dioxide in the air. For example, the usability of pine logs in sawing and as material for carpenters may be reduced if the radial growth of pine is increased, whereas deciduous trees have been reported to have smaller concentrations of lignin and cellulose when the carbon dioxide concentration in the air rises.

When the first settlers came to Iceland, the land was filled with trees. The settlers wrote that Iceland had forest from the shore and upp into the mountain. But today it’s not the same. You don’t really see any forests when you drive around Iceland, you often see just one tree standing alone, maybe only up to ten trees together. Iceland has only one species that forms forest and it’s called birch. All the trees on Skeiðarásandur have been planted here by humans. Birch trees are the only Icelandic trees that form forests.

The global warming is happening because the Earth’s atmosphere is constantly absorbing more heat radiation from the earth. Measurements in satellites orbiting the earth outside the atmosphere show that less and less radiation from the Earth passes through the air into space. Greenhouse gases absorb the radiation so that the heat does not escape from the atmosphere. Measurements show that over the last 150 years, the atmosphere has become increasing dense around the earth. Around 1850, the concentration of carbon dioxide was about 270 millionths of a volume of air but is now 400 ppm. The concentration of man made carbon dioxide has therefore risen by 40% and has been higher than it has been for 800,000 years

The “new” forest in Skeiðarársandur in Iceland.

Skeiðarásandur is an outwash plain. Outwash plains are formed in front of melting glaciers. When the glacier is melting, the melting water brings along with sand and rocks and leaves it on the outwash plains and these plains often look like a desert and usually don’t have much vegetation. For about 20 years, Skeiðarásandur has been monitored and if it keeps growing like it is, then it will become the biggest national forest in Iceland. The forest is now  about 35  square kilometer and this has been done without human intervention. The seeds have to “travel” over 12 km and land on Skeiðarásandur, and had to land on places where they could germinate and also have good weather, raining fall, good winter and good summer.

With more pesification or warmer climate, forests like Skeiðarásandur could start to grow all over the place.

The climate change has both a good and bad effect in Iceland. The glaciers are shrinking very fast, but our vegetation and trees are growing and becoming more and more with time. Negative effects on vegetation conditions are caused e.g. by volcanic eruptions and glacial floods. 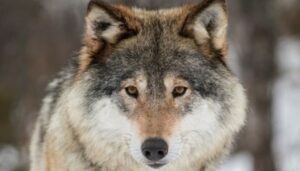 Some examples of what the vegetation successions have changed are the treeline, the sea levels and the biodiversity. The vegetation successions have changed the biodiversity, because the climates and weather has changed, which makes it harder for some species to survive. Some of these species are the arctic fox, wolf and the birch tree.

Norway is seeing a decrease in areas with permafrost as a result of climate change. This makes it harder for plants who are more adapted to a colder climate, as they are being invaded by plants who do better in warmer climates.

The climate changes are influencing both people and land, by changing the climate. The changes in temperature and weather are making it more difficult for the species to conform and survive. More extreme weather is also a result of global warming, and this is making it harder for the farmers. The extreme weather, such as drought and floods, has ruined many crops, and made farmers lose a big part of their income.

Rising sea levels as a result of glaciers melting does not affect Norway too much. This is a result of our land rising up after being pushed down by the glaciers in the last ice age.