After the breakfast we left the hostel B47 in Reykjavik and headed for the town Hvolsvöllur, which is a western entrance to Katla Geopark. We visited Lava Centre where we were told about the history of Iceland and the volcanism of the area. We also watched an impressive video of the volcanoes and visited the interactive museum. The interactive museum introduced some of the main volcanoes in South Iceland, how Iceland was formed, the mantle plume and the different types of volcanic rocks found in Iceland.

The next stop was the waterfall Skogafoss (the Forest Waterfall) which is one of the most beautiful waterfalls in Iceland. This classic 62 m high and 15 m wide waterfall is the last and the most spectacular in a series of falls that are found in the Skógá River. Most of us climbed up the stairs to the top of the waterfall.

After that we drove to Reynisfjara black sandy beach. The weather was something unforgettable with a really strong wind and heavy rain as well as high waves. We admired the beautiful view of the nearby Reynisdrangar sea stacks, the large basalt columns on the adjacent mountain of Reynisfjall and the cave known as Halsanefshellir.

From Reynisfjara we went on our excursion to the village Vík. The students worked in groups and interviewed local tourism companies. The students asked the companies how they utilize environmental goals and strategies in their daily operations and long-term strategies. Each group will have to compile their observations later during the project week and create a presentation of them and the company. The companies were Puffin Hotel, Vik Hostel, Hotel Kria, Icelandic Lava Show, Zipline and The Soup Company.

Furthermore the students walked around Vik as tourists. They had to visit different locations and observe the same aspects as earlier but from the tourist’s point of view. Meanwhile the teachers visited Katla Centre and the Maritime Museum. After that we all went shopping at the shopping centre Icewear Magasin.

We took the bus to Katla Hotel, checked-in and had a short discussion about meeting concerning today’s activities. After that we had a delicious dinner all together and some of us enjoyed themselves in the hot bath tube. 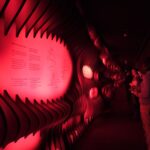 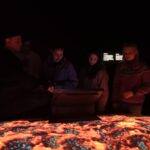 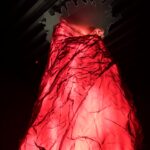 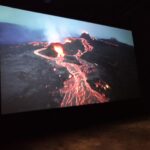 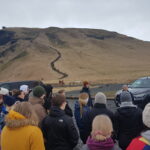 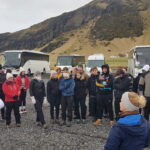 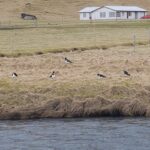 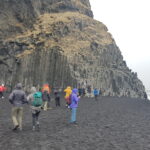 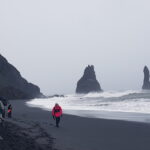 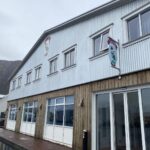 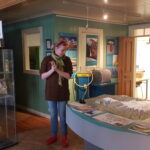 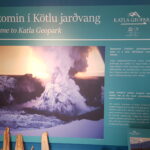 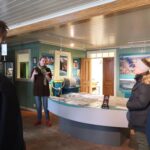 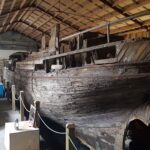 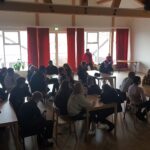