The Finns took a bus from Vaala to Oulu at 2.45 on Saturday morning. It was surprising that there were so many young European people at the airport that early in the morning. Many young sportsmen and sportswomen that had taken part in the The European Youth Olympic Festival in Vuokatti in Finland were heading for home via Oulu. It was a nice coincidence that we met there an Icelandic group and told them about our Nordplus Junior exchange week in Iceland. They were very amazed and gave us pins with the Icelandic flag and Olympic Rings as a souvenir.

The flights from Oulu via Stockholm to Reykjavik went well and at the airport we were eager to meet our Icelandic friends who had come by bus from Höfn to Reykjavik to pick us up. But unfortunately our luggage didn’t turn up. Icelandic Air gave us survival kits with some necessary hygiene equipment and we didn’t let this incidence spoil our god mood.

We travelled together by bus from the airport to the hostel in Reykjavik. After check-in we had dinner at the restaurant world where everybody could enjoy their favourite food.

The Norwegians arrived late in the evening so let’s see them tomorrow. 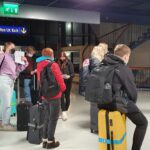 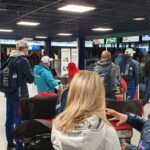 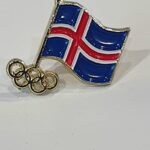 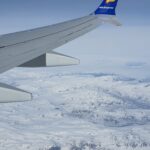 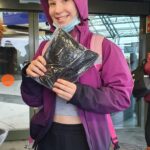 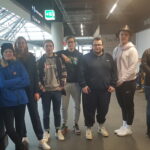 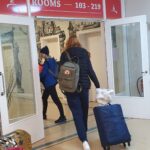