What is the Trollfjell UNESCO Global Geopark?

A UNESCO Global Geopark is defined as an area with a geology so distinct and internationally significant that its geoheritage is deemed to be of global importance. Trollfjell Geopark was granted its UNESCO status in 2019. It is now working systematically to safeguard and manage this geological heritage for future generations. This entails carrying out carefully chosen development work, sharing knowledge and facilitating sustainable geotourism.

Trollfjell Geopark has its name from the famous myth about the Troll Mountains in the North Norway. 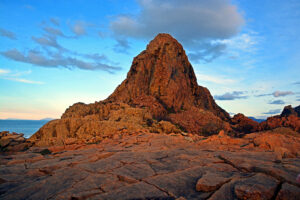 The creation of a mighty mountain range: The Geopark’s geological history began more than 500 million years ago when ancient continents collided and formed a high Caledonian mountain range. This process pushed part of the seafloor ashore and tilted it, exposing and lifting rock from the Earth’s interior. The island of Leka, which is part of the former seabed, now has status as the Geological National Monument of Norway. 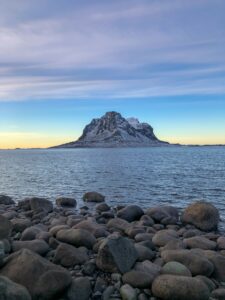 The enigmatic strandflat: The strandflat that forms a large part of the Trollfjell Geopark is globally unique. Consisting of low-lying islands and shallow seas, the strandflat was created during a series of ice ages. The steep coastal mountains that protrude through it are referred to as “hats”. 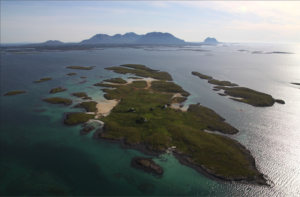 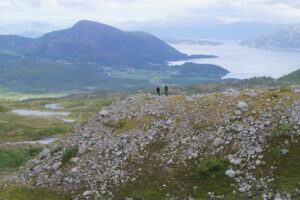 Glacial forces shape the landscape: During a series of ice ages over millions of years, the massive force of the slowly-flowing ice cap sculpted and tore apart the landscape. Iconic landmarks remain, such as the majestic mountains of Torghatten and Heilhornet, and we see mighty moraine ridges containing vast amounts of rocky debris. 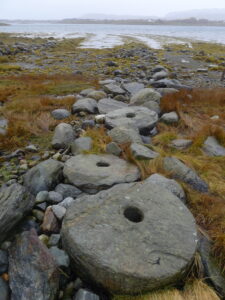 The landscape and bedrock as resource: Geological conditions created the varied bedrock and nutrient-rich soil that enabled human settlement to thrive in the area of the Geopark. Throughout the ages, the geological resources have been quarried including millstones and marble.

The legendary troll mountains: The extraordinary landscape of the Trollfjell Geopark has sparked the imagination, giving rise to legends that have been passed down through the centuries. In addition, the mountains have served as landmarks for generations of sailors. To the indigenous Sámi people, some of the mountains, including Torghatten and Heilhornet, are sacred.