Football can be described as the most popular sport in Norway regardless of the season. Countless of Norwegians watches football on the TV. Football falls in taste among Norwegians regards level of education, income, and age. Some of Norway’s most known active football players are Erling Braut Haaland, Martin Ødegaard and Jens Petter Hauge. 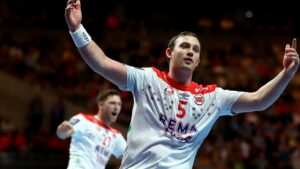 Handball is by far the most popular sport in Norway. Football is nowhere near. It is a team sport in which two teams of seven players each (six outcourt players and a goalkeeper) pass a ball using their hands with the aim of throwing it into the goal of the other team. A standard match consists of two periods of 30 minutes, and the team that scores more goals wins. In Norway we also have the best handball player in the world.